Coming to Notwestminster 2016 or following online at #notwestminster ? Here are just some of the people you can hear from, talk to and collaborate with – not only speakers and workshop hosts, but listeners and doers too… 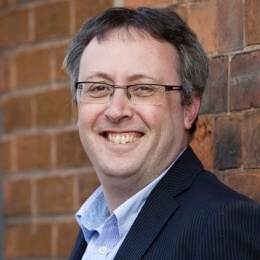 Nick Booth has been working as @podnosh with local and national government, charities and community groups for a decade – helping them use social and digital media to strengthen democracy and create civic good.  He started the social media surgery movement @socmediasurgery  and has developed a simple tool for capturing what difference public and third sector service make:

Before Podnosh, Nick was a BBC political reporter and documentary maker. 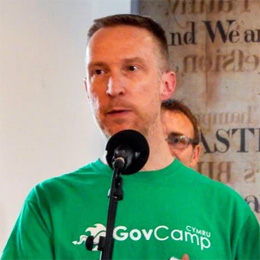 Dave works for the Council in Swansea where he has been for 20 years. Prior to finding a home with scrutiny he worked in a variety of front-line and policy roles with varying degrees of success.  He has recently completed a part time PhD with the Department of Political and Cultural Studies, Swansea University.  His topic was Local Government and Public Participation.

Localopolis (blog)
How to be a public servant (blog) 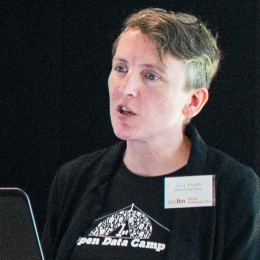 Lucy worked in opto-electronics and fine arts before moving into local government, spending the last 15 years at Devon County Council in analytics and policy roles. Alongside the day job Lucy is co-founder of the ODI Devon Node and Devon Open Data Forum, and an illustrator and sketch note artist using physical and digital media. She is currently developing the concept of the data storyboard and, building on her experience of working at the extreme ends of the technical / creative spectrum,  advocates for better communication around open data and better communication with data – especially between experts and non-experts. 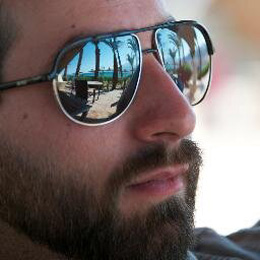 Sym is a developer and has worked in the open / government space for years. He runs Democracy Club, partly by writing code and partly by working with others to build a community of organisations who want to work together. 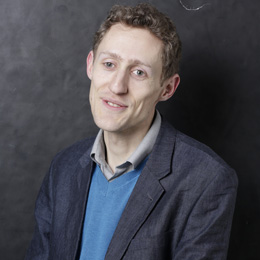 Joe believes in the power of online participation to make democracy better – hence helping to found Democracy Club. He previously worked at Purpose, one of the world’s leading online organising consultancies, on projects relating to global health and the environment. He also has a range of experience across the public and third sectors, including in marketing and communication for the UK Government, and advocacy and research for NGOs such as Transparency International and Global Witness. Along the way he picked up several degrees in law, development and governance. 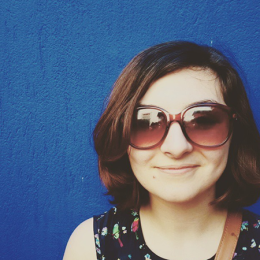 Mevan manages Full Fact’s communications, individual fundraising, and volunteering. She ran Full Fact’s first ever crowdfunding campaign to factcheck the 2015 general election, raising over £33,000, and has persuaded over 120 people to donate over 4,000 hours of time.

Mevan joined Full Fact in 2014 after working at Cancer Research. She was also a founding member of Bite the Ballot where she launched Britain’s first ever National Voter Registration Day. She graduated with a Masters in Bioengineering from the University of Sheffield. 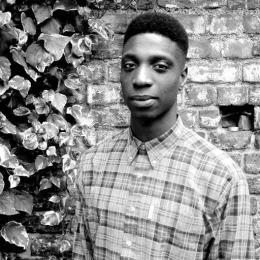 Temi has recently worked on the “Going with the Grain” report from Citizens Advice, researching the barriers to democratic engagement. The report argues that to build stronger communities, change people’s attitudes towards politics, and improve participation, we need to improve the democratic services and processes that people interact with everyday. Temi says: “our democratic deficit is unlikely to be solved if we continue to think of democracy simply in terms of what goes on in Westminster… our focus should be on improving people’s experiences of democracy everyday.” 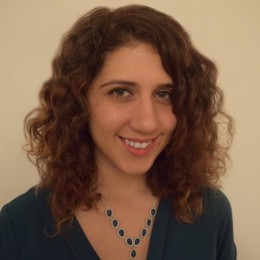 Elli is a researcher at Eclipse Experience (Eclipse) – a centre for design research. She is interested in understanding how design research and digital tools can help to facilitate more inclusive and democratic local decision-making. At Eclipse, she has helped to deliver rigorous user-centred research, working closely with communities and local authorities, as well as industry partners, in a range of public service projects. Most recently she has worked with two UK Councils to deliver human-centred consultation projects around bin collections and the redesign of a local library. The consultations approaches drew on both iterative, contextual design research approaches and explored the use of digital engagement tools.

Elli also holds an MSc in human-computer interaction, where her dissertation focused on the use of social media by communities in crisis. 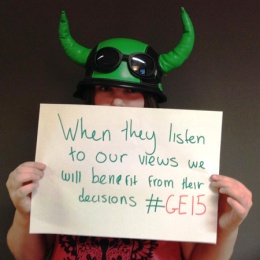 Chloe Brown has been an active member of Kirklees Youth Council for over a year. She has taken a lead role in many projects and has worked in partnership with agencies including Locala, Kirklees Safeguarding Children Board and Kirklees Council. 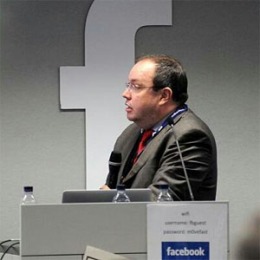 First elected in 2005, re-elected in 2007 and 2011, as an Independent, David represents Ingleby Barwick which is believed to be the largest private housing estate in western Europe. He was the first Ward Councillor in the North-East to use social media as a means of engagement in 2008. In 2013, he was awarded the title of Online Councillor of the Year by the LGiU and CCLA for his innovative use of Skype and Twitter for engaging with residents. 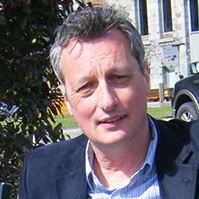 Colin Copus is a Professor of Local Politics. His academic interests are central-local relationships and the constitutional status of local government, localism, local party politics, local political leadership and the changing role of the councillor. Colin has worked closely with policy-makers and practitioners in central and local government and he was an advisor to the Political and Constitutional Reform Committee. He is working with the Communities and Local Government Committee on the role of the councillor. He has also served as a councillor on a London Borough council, a county and a district council and three parish councils.

Colin’s latest book is: “In Defence of Councillors”, published by Manchester University Press. 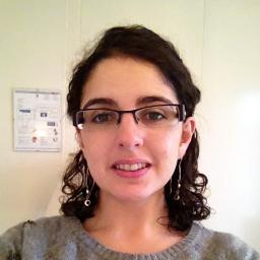 Sarah leads on democratic reform for Involve – a think-tank and charity which helps people take and influence the decisions that affect their lives. She specialises in event design for public engagement and facilitation, and works across local and national government and public services. She has a background in research, project management and campaigning. 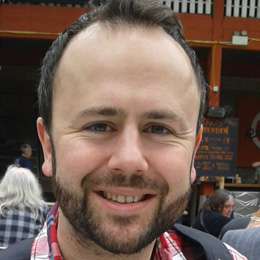 Matt is a Public Health strategist for a London borough, leading programmes to get the rest of the council to consider the health impact of their services. Much of this work involves with colleagues in services like housing, transport and planning to promote healthier lifestyles through their day jobs and support communities who need the most help.

Matt joined local government fresh out of uni way back in 2004, and has spent most of his time in democracy-focused roles. After a few years supporting various committees he joined a scrutiny team, working with councillors to get residents better engaged in decision-making, and to improve the services provided to them. 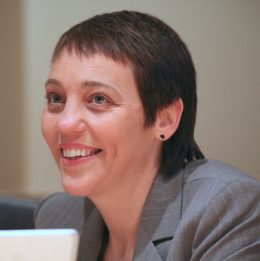 Angela has considerable experience of local government. She worked for Kirklees Council for 12 years before becoming a management consultant. As a consultant she has worked with numerous councils, providing support and advice to senior managers. Angela was a councillor for Kirklees Council, where she chaired a Scrutiny Panel, and was a member of the Local Public Service Board, a Director of an arms-length housing company and a governor for a primary school and Further Education College. Drawing on her experience she co-wrote a book on local government from a councillor’s perspective. And has recently completed a doctoral thesis on political power in local government. 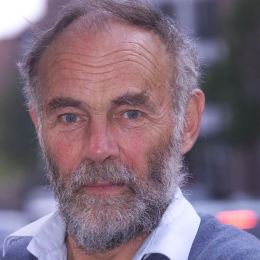 Peter Emerson, the child of an Irish Protestant father and an English Catholic mother, describes himself as “a political bastard”. He says: “Politics, after all, is either-or… majoritarian politics that is. A plural democracy, however, should allow for a plurality of ideas, both in debate and on the ballot paper!”

In 1985, outside Belfast City Hall, Paisley shouted “Ulster says NO!” So one week later, Peter and a few friends stood at the same spot, in silence, with a banner: “We have got to say ‘yes’ to something.” Find out more in Peter’s Consensus Voting workshop.

Peter’s latest work is “From Majority Rule to Inclusive Politics”. 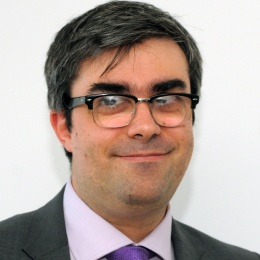 Ed leads on the Centre for Public Scrutiny’s work around local accountability. His work has a particular focus on corporate governance within local authorities, but he has also carried out extensive research on policing and community safety, having produced national guidance for the operation of Police and Crime Panels in 2011 and 2012, and research on their first year in operation in 2014.

He is currently leading on CfPS’s work on English devolution, alongside work on local authority governance change (including changes to schemes of delegation, rules of procedure and other constitutional amendments), transparency and Freedom of Information, and overview and scrutiny. 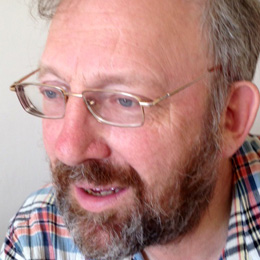 Perry Walker is a Fellow of the New Economics Foundation (NEF), a London-based think tank, and an associate of Rhizome, a cooperative providing facilitation services. From 2006 to 2012 he was a trustee of Involve, where he is now also a Fellow.

Perry is one of the founders of Talk Shop. He has developed several participatory methods. One of them, called Crowd Wise, has been used in all of Talk Shop’s initial events. Another, which Talk Shop is starting to use, is the Democs conversation kit. Such kits have been used by tens of thousands of people across Europe. See Play Decide for kits on twenty different topics in twenty different languages.

He also runs the Open Up politics website. This uses ‘argument maps’ to help people engage quickly with complex ethical and policy issues.

Steve is Professor of Public Policy at De Montfort University. His research examines issues of democratic governance, in relation to local service delivery under conditions of austerity and the politics of sustainability. He has recently worked in partnership with APSE (Association for Public Service Excellence), contributing to its development of the model of the ensuring council. He is currently part of an ESRC 8 country comparative project into collaborative governance under austerity. 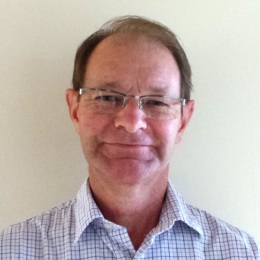 Neil is a Senior Lecturer in Public Policy at Leeds Beckett University, where he has taught a range of local government modules to undergraduates and postgraduates. He has also been course leader for several of the University’s management development programmes for local authorities. He has published and researched in the area of local government and Councillor roles.

Previously, Neil was a local government officer for 12 years, working in a range of policy areas. 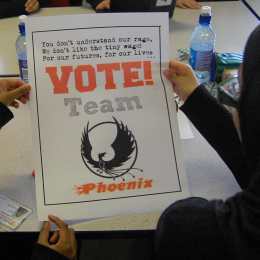 Simon Campbell-Skelling works for Kirklees Council’s Community Heritage and Outreach Team. He is currently working on My Country My Vote. This is a partnership project between the council and the University of Huddersfield which seeks to encourage greater, and more positive, political engagement amongst young people. 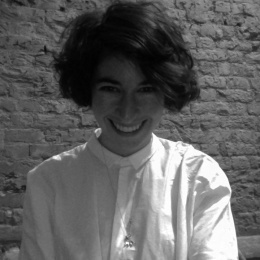 Emilie is a design researcher, and draws on methods across anthropology and the behavioural sciences in her work with communities and designers to improve the public and digital services used everyday. Through her experience with Eclipse, SP+EE and across previous roles in brand consulting and education social innovation, her projects have spanned collaborations with local councils, global brands, schools, universities and cultural institutions. 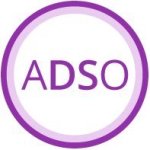 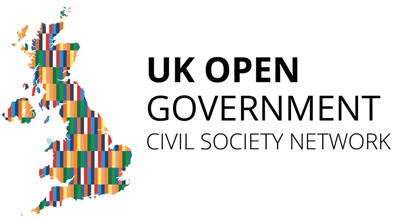 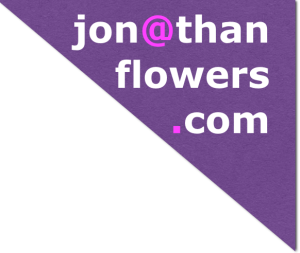