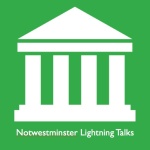 We’re asking some of our Notwestminster 2017 participants to give a very short Lightning talk on the day. These quick-fire talks are aimed at getting us all thinking about the context for our work together.

You can watch live webcasts of the talks on Saturday 11th February 2o17, or have a look at the slide presentations and watch the videos here after the event.

We also organise Notwestminster PechaKucha evenings of rapid talks. Fancy being a speaker on Friday 10th February 2017? Speak up for local democracy

Join our network to be the first to hear about other opportunities to get involved. 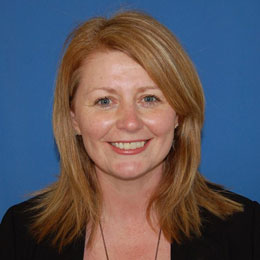 Jacqui is a Civil Engineer by profession. She joined local government in 1990, initially with Leeds City Council, then moved to Kirklees Council in 2000. She is Deputy Chief Executive and Director of Economy, Skills and the Environment. As such she assumes responsibility for ensuring the towns and villages of Kirklees are economically resilient and that the businesses that operate here are as successful as possible. Married with 3 teenagers, what little free time she has she contributes to the national and local economy through her passion for shopping, especially shoes!

What is a 21st Century Councillor?

Catherine is an academic at the University of Birmingham. Her research covers public service workforce, co-production, personalisation and social care. She coordinates the 21st Century Public Servant research programme on workforce change. The 21st Century Councillor project launched in 2016 and is looking at the skills, roles and values of elected members and how these can be enhanced to strengthen local democracy.

Find out more about Catherine’s talk

Jo Cox – my MP, my friend, my inspiration

Emily has been interested in politics locally and nationally since 2015 when, aged 13, she first met the late Jo Cox MP. It was during Jo’s election campaign, for the Batley and Spen seat, that Emily had her first experience of direct contact with a local politician. She has been active in her community ever since, taking part in many campaigns and organising a successful politics day at her school, Whitcliffe Mount. The guest speaker at her event was Andy Burnham MP. Emily has been an active member of Kirklees Youth Council for a year, representing the views of young people. She is also an active union member.

Anthony Zacharzewski set up the Democratic Society in 2006 and has been its Chief Executive since 2010. The Society works across Europe helping governments, organisations and citizens to develop more open, more participative and more digital democracy, at every level and on every issue. Before setting up the Society he was a Whitehall civil servant and a local government officer in Brighton. This Lightning talk will think about how local decisions should not be single moments, but conversations; and how we can connect local decisions into the national and international policies that shape them.

Why you should care about “clicktivism”

Kajal is Senior Campaigns Advisor at Change.org. She has supported petition starters of some of the biggest people powered campaigns in the UK – from Lindsey Garrett’s petition to save the New Era Estate to Iman Ghavami’s campaign to free his sister Ghoncheh from prison in Iran. Kajal also supports corporates, politicians and councils to respond to and engage with petitions. Kajal has previously campaigned for NGOs including Macmillan, Crisis and the UK Youth Parliament, and is an advisor for tech group Ada’s List.

Colin Copus is a Professor of Local Politics. His academic interests are central-local relationships and the constitutional status of local government, localism, local party politics, local political leadership and the changing role of the councillor. Colin has recently been working on the Councillor Commission, an independent review of the role and work of the councillor. He has also served as a councillor on a London Borough council, a county and a district council & parish councils.

Edward joined the Electoral Reform Society in March 2015. He is a Research Officer developing the democratic innovations strand of ERS work, looking at how new modes of deliberation and participation can help build a better democracy. Edward obtained his undergraduate degree from the University of Glasgow and an MA from Goldsmiths, University of London. He recently completed his PhD in politics at Queen’s University, Belfast.